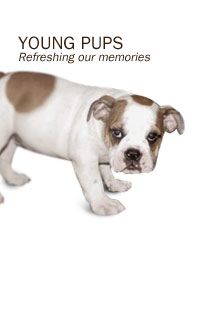 The News in Review

A Round of Applause

On a Nostalgic Note

Puttin' on the Ritz... Sweet Dreams... Uptown Girl... Total Eclipse of the Heart... Flashdance... Every Breath That You Take... Electric Avenue... Billie Jean... You Are... Islands in the Stream... Beat It

A Slice of Life

Who would have thought 20 years ago that ...

• the prince of darkness, Ozzy Osbourne, would be the subject of an extremely popular television show?
• the Real World would kill the VJ stars? MTV may still have some close ties to music but to see videos you need to be an insomniac.
• The Rolling Stones would still be touring and, apparently, coherent.
• the name Michael Myers would be associated with comedy instead of Halloween horror
• the Soviet Union would implode and evolve into a significant U.S. ally?
• Michael Jackson could get any weirder?
• we would STILL be driving internal combustion vehicles
• the United States would chastise other nations for NOT supporting an Afghanistan invasion (Remember the U.S.S.R. in 1980?)

"This town is our town,
this town is so glamorous,
that you'd live here if you could and be one of us"
The Go Gos

Having lived in Houston now for over a dozen years, I was thrilled a few years ago to discover that the North Platte Telegraph established a Web site. I was even more excited to find the Police Blotter, a.k.a. The Record on line. Following are a handful of my favorite excerpts over the course of a year or two from the on line version. Could our classmates be the perpetrators described below?? I have not edited these in any way; you can't make this stuff up!

Note - I was no goodie goodie two shoes. I am fully aware that some of my own mischief throughout my school years has been documented on those very pages ... but only the stuff that I actually got caught doing!

• 11OO North Bailey - A woman reported that another woman, who was drunk, walked into her house, assaulted her, screamed at her, and then left the residence. Police are looking to arrest this woman in the near future.

• 1300 North Dodge - Police responded to a disturbance complaint. Upon arrival they found a husband sitting on his car smoking a cigarette. The officers asked the man what was going on and he replied he had slapped his wife around. The officers asked how many times and the man said he wasn't certain, but thought two or three. The wife confirmed this so the man was arrested for third degree assault domestic and taken to jail. The man wanted to plead his case by exclaiming that he was "tired of all her." The officer explained that was no excuse to assault his wife.

• 2300 Burlington - A theft of a hose and sprinkler was reported.

• 2600 East C - A small red child toy convertible car was reported stolen from a residence. A young child is now heartbroken as the vehicle was expensive and someone took it from his yard. Please return this car so the young guy can have it back, or call the police if you know where it is.

• 400 North Chestnut - Police responded to a drunken man inside a local church. The man refused to leave and was taken into custody. The man suddenly slumped over, saying he needed medical treatment, exactly the same way he had done with officers the day before. He was taken to the hospital, checked, and then transported to the county jail for trespassing and disturbing the peace.

• 1400 Rodeo Road - Police responded to a disturbance complaint where a guy on a motorcycle offered to beat up two women.

• 4:31 p.m., North Platte area - Deputies received a complaint of an intoxicated female wandering into various motel rooms. The woman was found and escorted away from the property.

• 1400 Rodeo Road - Police responded to a disturbance complaint. Officers found a drunken woman putting on a not-so-ladylike display in front of a group of people. The woman was arrested for disturbing the peace, then resisting arrest after she fought with officers.

• 900 E. Fifth - A man complained as he advised that his girlfriend's husband was calling and harassing him.

• A and Elder - A woman in a vehicle experienced a little road rage and yelled "Get the ____ out of the road" at the driver of another car. The young lady did not notice the presence of the police officer who was nearby and who had observed her actions. The officer had a little visit with the woman about her temper and driving considerately.

• 1300 S. Dewey - Police responded to a complaint of a man who was begging for money to eat. The complainant gave the man some money and then observed him head directly into a liquor store. The man confronted the beggar.

• 2900 W. 22nd - Police responded to a disturbance complaint where an assault had taken place. Everyone at the party was way too drunk and it was almost impossible to understand what they were attempting to say, let alone keeping a story line straight.

• 12:53 p.m., Detour Road - A caller reported getting unwanted phone calls from her mother.

• 9:37 a.m., Hershey area - A report that someone unknown broke into a hunting blind and stole two dozen decoys.

• 10:35 a.m., S. Platte River - A report of the theft of several decoys was received. An investigation revealed a fellow hunter had picked up the decoys. There was no theft.

• 700 S. Bryan - A young man parked his bicycle in front of his residence but did not lock it. He later found his bike was stolen. The next day the bike is back at the residence locked up. Lucky dude. Let this be a lesson. Keep that bike locked up.

• 1300 Hackberry - A couple of youngsters should have been home and in bed but were out creating problems. Their night on the town ended up with them getting them arrested for littering, disturbing the peace and criminal mischief.

• 300 N. Jeffers - A man who is currently being housed in our jail wanted to file a complaint. He said that while he was busy running from the law he had left some personal items at a residence here in North Platte. The guy refuses to give the property back. The inmate was advised that this was a civil matter.

• Cody Park: Police responded to a disturbance complaint. It was reported that a man was harassing a bull elk. The officer contacted the man who told him that he had just gotten out of jail and the elk was his only friend. The officer advised the man to make some new friends and move along.

• 600 N. Chestnut - A woman reported that she was assaulted. She told the officers that she could not remember a great deal of what occurred as she was pretty drunk. But she was pretty sure it was over a man. Police are investigating.

Of course, you can't discuss the North Platte Police Blotter without acknowledging the nationally-watched case of "The Big Bonnet." From July of 1999: A naked man fled from police officers along the South Platte River. During the pursuit, the man dropped some articles that were recovered by the officers. These items included an adult-sized baby bonnet, an adult size pink sock, a jug of milk, adult-sized diapers, safety pins, and a spanking board along with other things that would turn your stomach.